There’s a new batch of developers set to join the IT Industry as Tuitt’s 11th Batch of Day Class students have officially finished their training!

Their graduation ceremony was held last December 14 at the GEMPC classroom, where they spent the last 3 months learning full stack web development.

First off, it was instructor Charles Quimpo who took the stage for the opening remarks. He told the class to congratulate themselves and to never forget the moments they’ve had with each other from eating kwek-kwek during breaks to their late night coding sessions. “More than the lessons you’ve learned, your batch has created a lot of memories.” he added as he congratulated the class once again.

After the opening remarks, it would be our guest alumni speaker’s turn to talk to the graduating class and share his experiences. Jeremy R. is a web developer and digital marketing specialist currently working as a project executive for for an HK based company. “While studying in college, there weren’t any programming courses in the school I was going to at the time so that’s why I decided to join Tuitt.”

Mr. Jeremy would begin by talking about his time in the bootcamp. He started off saying that he made a lot of good memories during his time with Tuitt and how excited he was to use the knowledge he learned in a job over time. Although he didn’t get a job right away after he graduated, his grit and determination was what helped him persevere and finally land the career that he was looking for. Before he ended his talk, Mr. Jeremy left our graduating class with this message: “Be active in the community. Meet people and network.”

With Mr. Jeremy’s closing words, it was finally time to award the students on their successful training! Certificates of Recognition were given out to the graduates by Instructor Alan Beraquit and Instructor Terence Gaffud

The graduates of the Batch 11 Day Class are 29 in total.

After the certificates were given out, it was now time to hear from our special guest speaker from the IT Industry, Jhonathan F.

Mr. Jhonathan graduated from Computer Engineering in PUP and currently serves as an Infrastructure Engineer in Datalink Industries. “I took computer engineering because Bill Gates and Steve Jobs were my idols.” said Mr. Jhonathan He really got into programming once his friend got him to intern for a company and that’s where his journey in the IT industry began.

Amidst Mr. Jhonathan’s talk with the graduating class, these are the top pointers he had for them after graduating:

After the insightful speech by Mr. Jhonathan, we would head into the most exciting part of the event: The Special Awards!

The Top Performers for the 11th Batch of Day Class graduates were:

Next would be the Student Voted awards where the recipients of said awards were actually voted by their peers.

First up would be the “Kindness Counts Award” which was won by Paula M. who thanked her classmates by making them all laugh with a funny joke.

The “Confident Kid Award” would be won by Bryan T. to the adulation of his classmates

Then a dual winner would appear as both the “Enthusiastic Learner Award” and the “Outstandingly Organized Award” both went to Ryan V.

Another dual winner would arrive in the form of Michael L. as he took home both the “Student Best Able to Teach Others Award” and the “Most Likely to be Famous Someday Award”.

Last but not the least, the “Most Likely To Establish Their Own Startup Award” would go to Noumer B. as his classmates cheered on their fellow graduate.

After the awards were given out, instructor Terence Gaffud would step up and give his final words of advice to the class. “The past 3 months were hard on all of you. A lot of you didn’t have backgrounds in coding and now look where you are. You were amazed with websites and now you make amazing websites. You built camaraderie. You learned grit and resilience” He told the class as they all listened on. “Don’t forget each other when you graduate. No man is an island. Today is my last day as your professor. Now we’ll see each other outside of this classroom as IT Professionals.”

To cap off his rousing speech, instructor Terence would leave them all with this final saying: “DO WHAT YOU LOVE AND LOVE WHAT YOU DO.”

With that, the ceremony ended and it was finally time to eat, be merry, and enjoy the festivities. 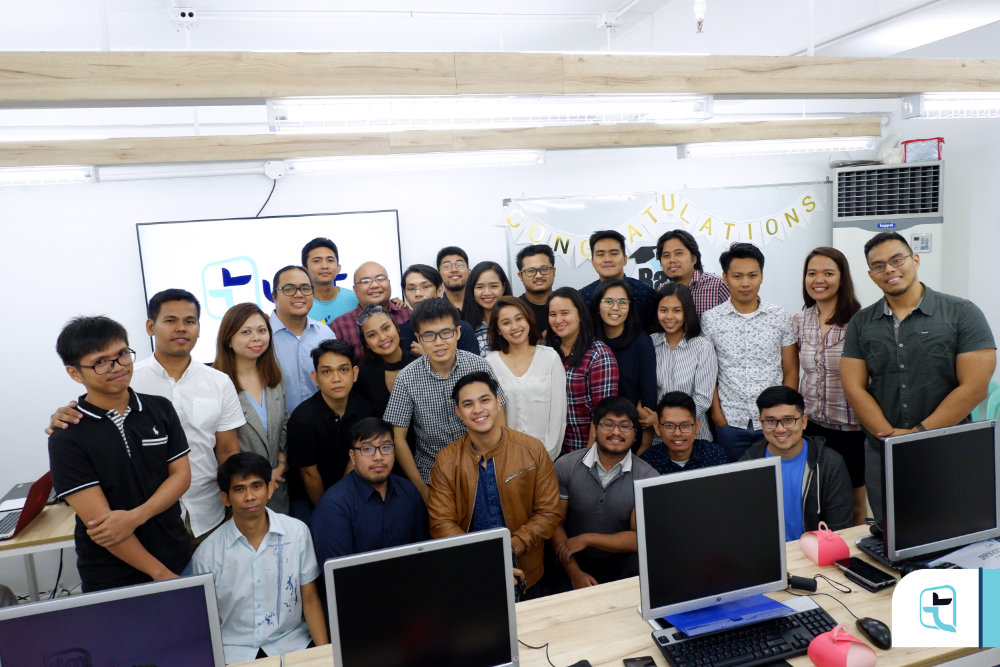 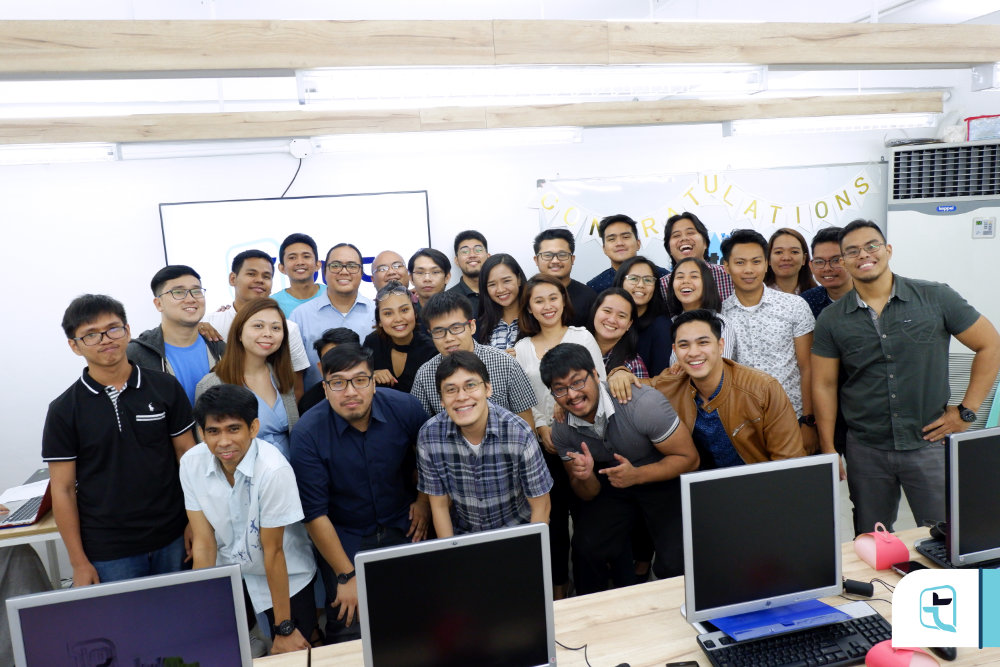 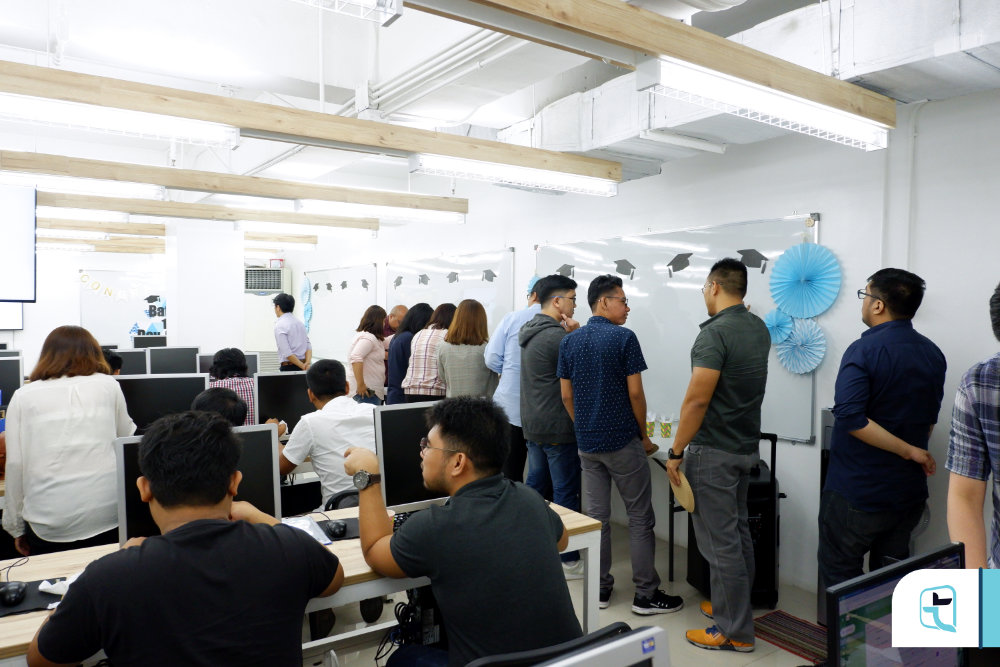 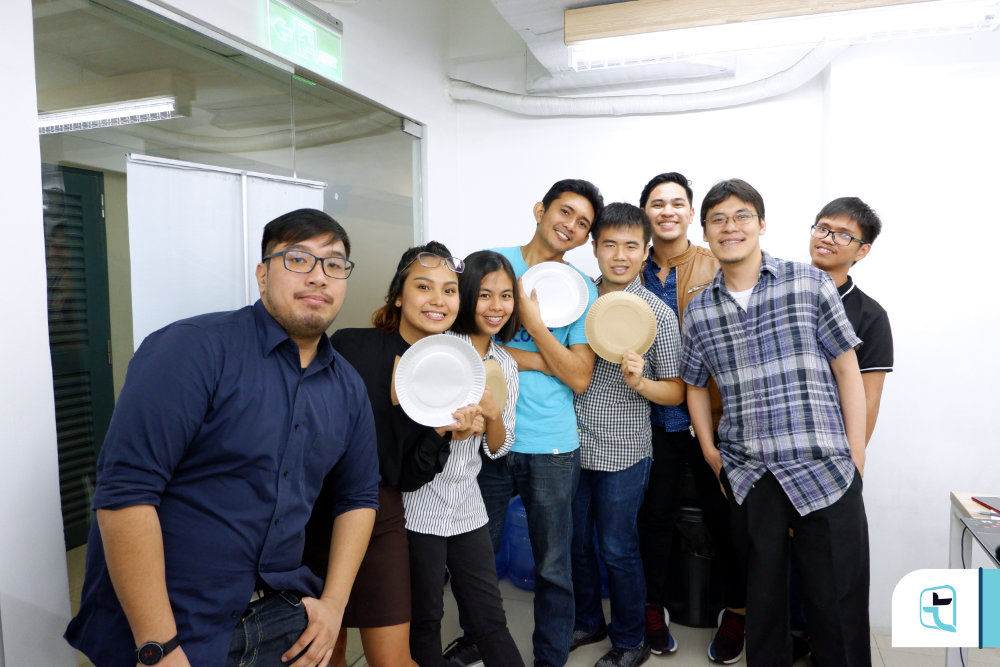 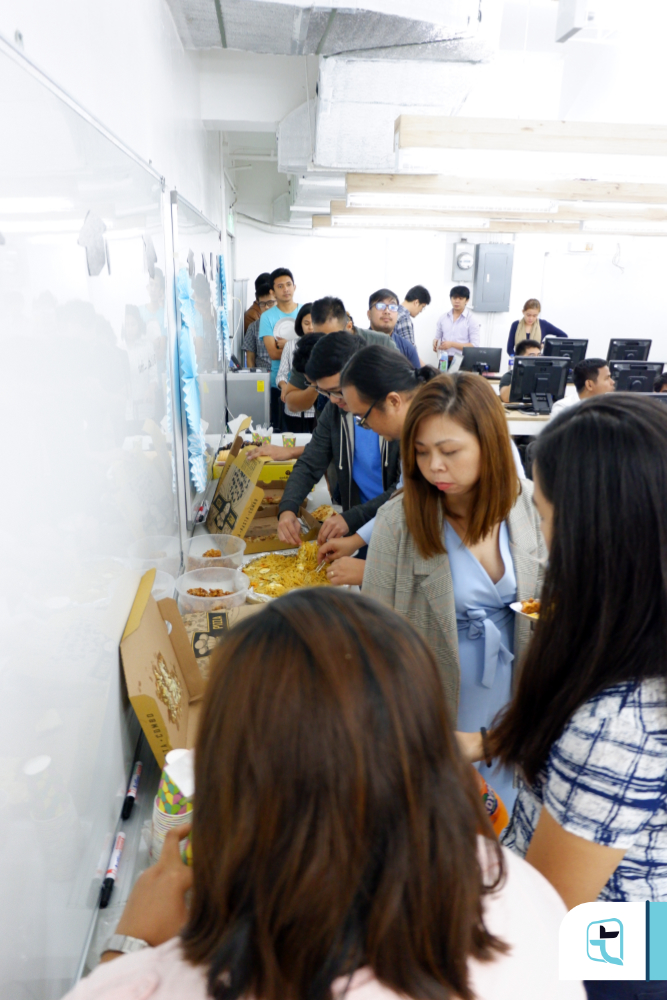 Congratulations once again to the graduates of the 11th Batch of Day Classes! We wish you all the best in your IT careers!