More web developers are set to join the IT Industry as Tuitt’s 18th Batch filled with Day Class students have officially finished their training!

Their graduation ceremony was held on February 4th at Sikat, Inc., where they celebrated the culmination of the 3 months they learned full stack web development.

Instructor Terence Gaffud welcomed the graduates with the opening remarks. He first offered the class his congratulations for graduating. He told them that even though their time together in those 3 months might have been short, he knows that his graduates have gone through many hardships and trials. “You’ve encountered problems, capstones, and sleepless nights but there were also times you enjoyed a lot,” Sir Terence mentioned.

“I hope what you took away from this bootcamp is not only the skills you’ve learned but also the connections you’ve made along the way.” Sir Terence said as he congratulated Batch 18 one more time.

After the opening remarks, our guest alumni speaker Ben Cavas came up to speak and share his experiences with the graduating class. Mr. Cavas is a former geo-pressure prediction consultant from the field of Geology. He shifted his career to web development once the industry started going down. “Looking back, before I enrolled in the bootcamp, I was in a really bad place because my previous industry had collapsed,” he shared.

“I took a really huge gamble by joining Tuitt because it is a completely different industry than what I’m used to. I asked the HR if this was a guarantee to get a job afterwards. I just wanted to be sure that I could land a job.” and land a job he did as he now currently serves as an instructor for Tuitt. “I wanted to share the knowledge I learned in the bootcamp with others which is why I’m currently a Tuitt instructor.”

To finish off his message for the graduates, Mr. Cavas had this to say: “This is just the start for you. The most important part for me as a boot camper back then was that Tuitt made me self-sufficient. I hope you guys have the grit and the drive to never stop learning. Everyday after now is all about learning something new. You need to be always moving forward and our drive to learn, new things, explore, and code is what we bring with us after graduation. It doesn’t stop here.”

With Mr. Cavas’ closing words, it was finally time to award the students for their successful training! Certificates of Completion were given to the graduates by Tuitt Group CTO Allister Alambra and Instructor Terence Gaffud.

The graduates of the Batch 18 Day Class are 17 in total.

After the certificates were all given out, it was time to hear from our special guest speaker from the IT Industry, Mr. John J.

Mr. John also previously graduated from Tuitt’s bootcamp. He now works as a Software Engineer in Accenture. After congratulating the class, he recounted his memories as a Tuitt student. “I know all those struggles from Capstone 1 to graduation. I was in the bootcamp 2 years ago and now we’re on batch 18. It’s that fast. Almost as fast as how technology progresses,” he stated.

Mr. John then went on to tell the graduating class that he hopes they will bring with them 3 things after they graduate:

After explaining his 3 things, Mr. John congratulated Batch 18 once again.

After the moving speech by Mr. John, we headed into one of the most exciting parts of the event: The Special Awards!

Elah took the time to show her recognition to her classmates and instructors with this message:  “I didn’t expect this but I’m very thankful for the efforts of the instructors to help me reach this level and helped us develop our grit. I’m sure we all came in not knowing we’ll come out loving coding but thanks to our instructors and the Tuitt staff, we were able to find joy in what we were doing and learning.”

1st Top Performer: John A. (who was unfortunately absent from the celebration).

Next were the Student Voted awards where the recipients of said awards were actually voted by their peers.

First up was be the “Kindness Counts Award” which was won by Mae B.

The “Confident Kid Award”, “Awesome Attitude Award”, and “Most Likely to Establish their own Startup Award” were all be won by Elah T. to the adulation of her classmates.

The “Outstandingly Organized Award” went go to the class’ top performer, John A. while the “Most Likely to be Famous Someday Award” went to Ser DR.

Lastly, the “Enthusiastic Learner Award” went to John A.

After the awards were given out, Tuitt Group CTO Allister Alambra stepped up and give his final words of advice to the class. He started off by thanking everyone who came by and  how glad he was that they all pushed through even though the bootcamp was hard. But he added that this is only the beginning for them.

“It’s not enough to just learn what you have now. It’s a constant battle in the IT industry because it changes so fast. One of the main things that will sustain you in this career is to be open to change. Embrace all the innovations you will experience in this career.”

Mr. Alambra finished his speech by telling the graduates, “You already did the hardest part. You did the first step. Now it’s up to you to sustain. Congratulations!”

With that, the ceremony ended and it was finally time to enjoy the festivities and partake in a mini-feast prepared for the celebration. 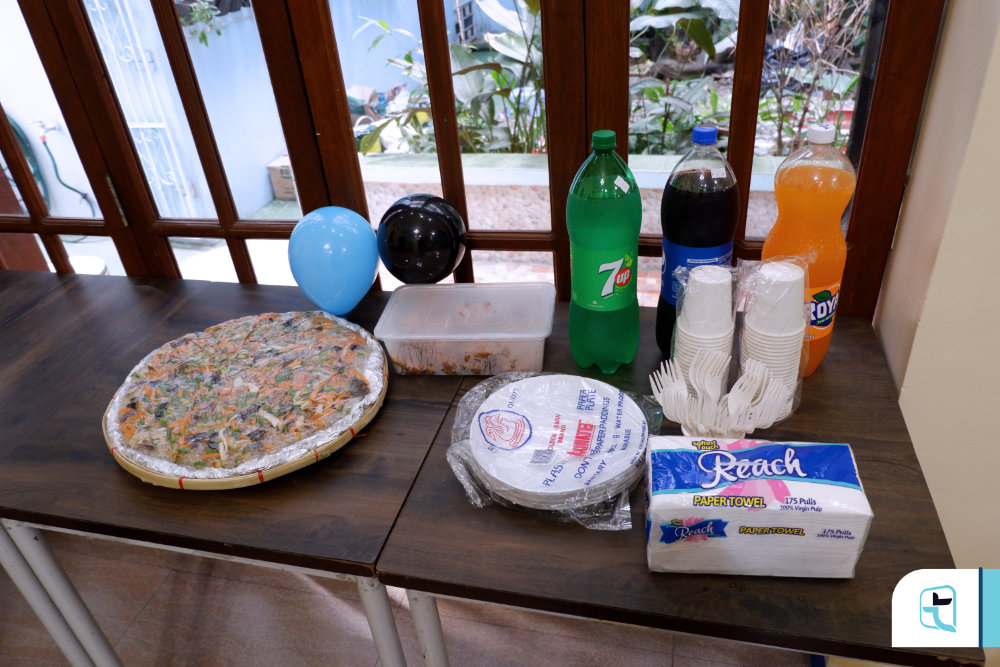 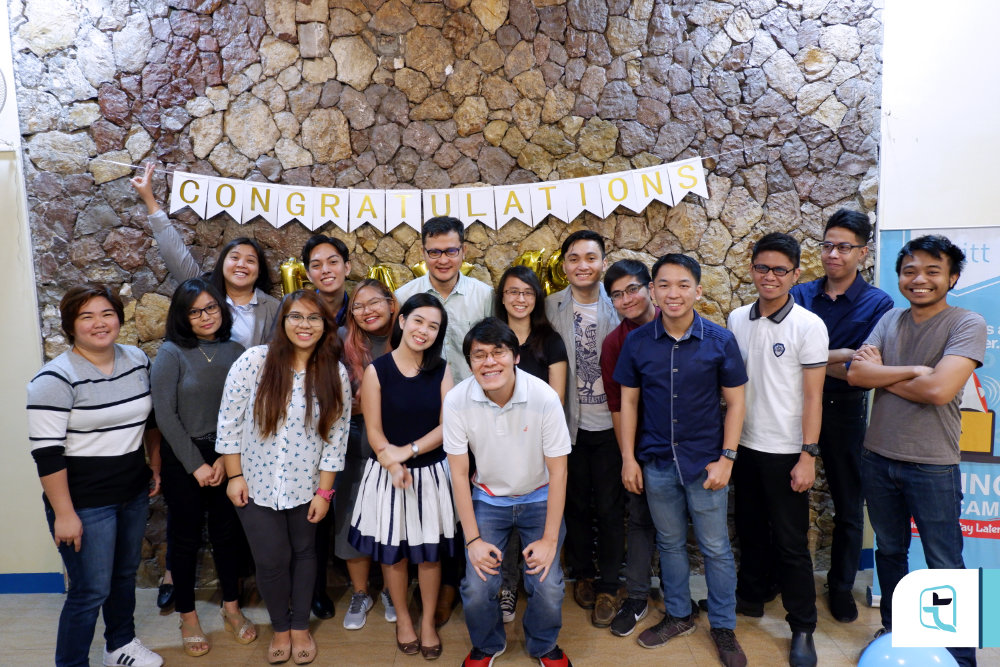 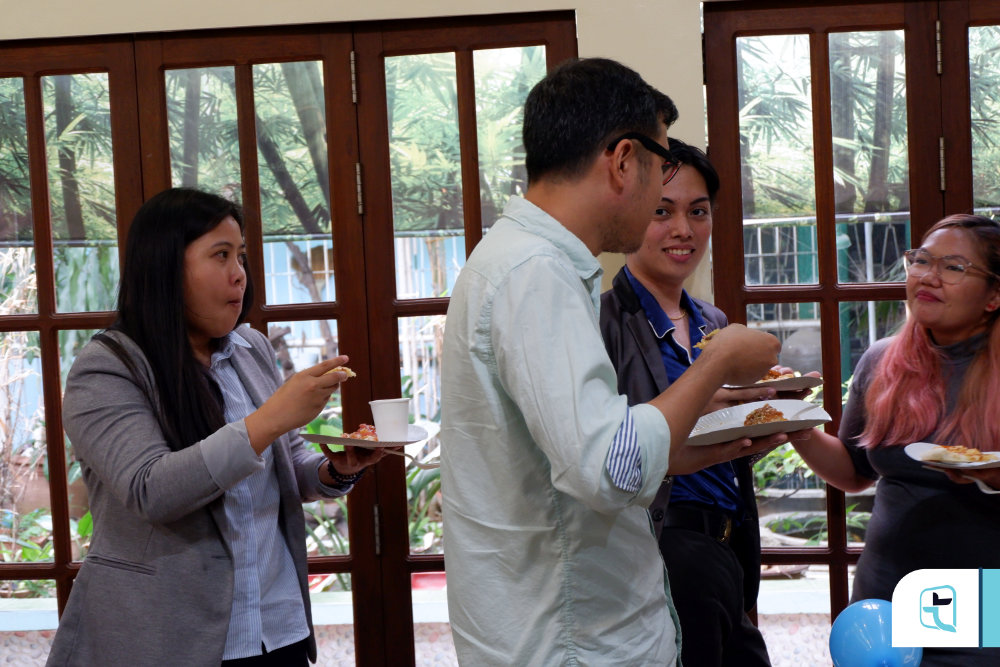 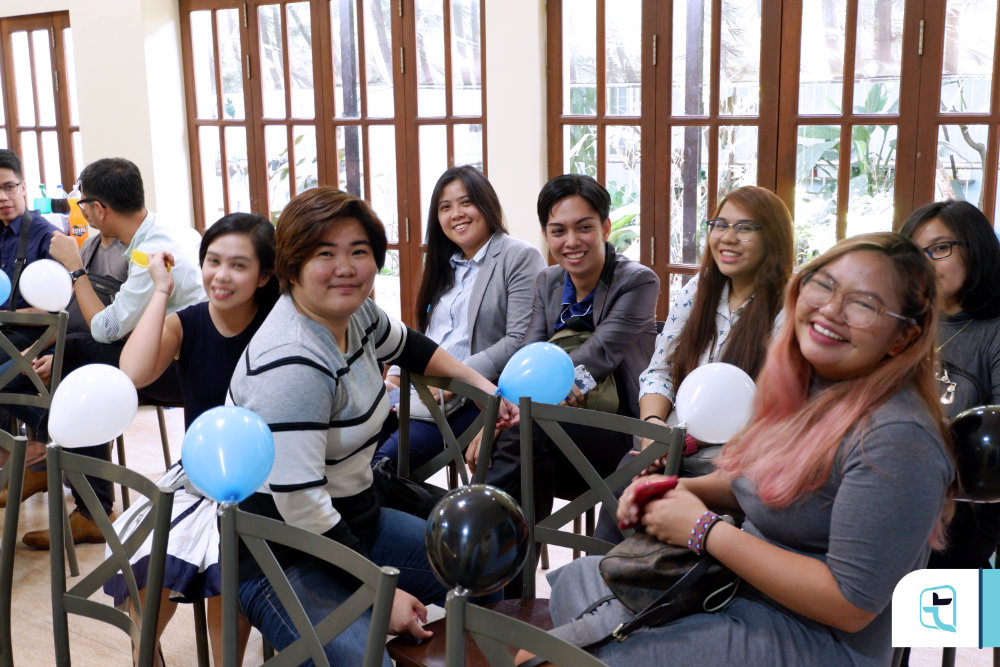 Congratulations once again to the graduates of the 18th Batch of Day Classes! We wish you all the best in your IT careers!