It was a momentous day on March 22, 2019 as Tuitt’s second batch of bootcampers from the Makati branch have officially finished their training. The 21st Batch of Day Class graduates are now ready to make their mark in the IT Industry!

The graduation ceremony was held in the Enzo Building at Makati. Everyone present celebrated the culmination of the 3 months they learned full stack web development with Tuitt.

Tuitt co-founder Allister Alambra welcomed the graduating class and thanked all of them for coming.

Though this was a happy occasion, Mr. Alambra made sure to remind the class of what they went through to get to this point and thanked them for their hard work. “It hasn’t been easy. This kind of shift in career and in life isn’t really easy. These 3 months you spent in the bootcamp, you showed grit and genuine interest in spite of everything. For that, thank you.”

After Mr. Alambra’s welcome, he gave the floor to instructor Alex Mena for the opening remarks. Mr. Mena started off by thanking all the graduates on behalf of Tuitt and explained just how important the day was. “Today marks the culmination of your hard work and invaluable efforts. Today marks the end of your journey as a bootcamper and the start of your journey as a member of the IT industry.”

Mr. Mena then went on to recount a few moments that the bootcampers might have felt during their training:

He told the bootcampers that no matter what feeling or moment you may encounter, always learn from it. Because it is in learning that we know how to love.

The graduates of the Batch 19 Day Class are 6 in total.

After the certificates were handed out, it was time to hear from our special guest speaker from the IT Industry, Mr. Charles C.

Mr. Charles is currently working for Accenture and has been in the IT Industry for nearly a decade now. He started off by telling the graduating class a little about his journey and experiences. “I started off as a bottom level coder which is where you all are at right now. Having been in this industry for 9-ish years, I can say that it’s not easy. There will be times where you miss that one semicolon but don’t let it get you down”.

He then started describing the kind of work you can expect in the industry.  “It’s mostly about solving problems. You’re gonna be given a requirement and you need to find a way to solve it. But there’s no one right way to do things so you have to find out what works for you. Don’t be ashamed to have notes either since no one expects you to remember everything. And most importantly, Google is your best friend.”

With the IT Industry always growing and changing, Mr. Charles also gave the graduating class these pieces of advice on how to adapt:

With these tips, Mr. Charles congratulated the graduating class once again and left them with this nugget of wisdom: “There are times in life where you think and ask did I save? The most probable answer is no so you should probably save.”

Next up in the ceremony were the Special Awards, where the recipients were voted by their peers.

The first recipient would be Mark G. who went home with the Kindness Counts Award

Next up would be Mark A. whose positive personality helped him take home the Awesome Attitude Award

The Most Likely To Be Famous Someday Award went to the dashing Andrei C.

And finally, Larry B. would go on to be a dual Special Award winner as he took home both the Confident Kid Award and the Really Responsible Award

After all the miscellaneous awards were handed out, it was time to get to our experience sharing with Mr. Emerson B. who was a previous Tuitt bootcamper and graduate that is now an instructor as well.

He started off by congratulating the class and told them to give themselves a round of applause. He graduated from college as a major in Computer Applications but said the reason why he ended up joining Tuitt was because he didn’t diligently study in college nor did he have the training and resources he was able to receive in Tuitt back in university. “It’s a good thing you guys have a career roadmap done in Tuitt. I didn’t have that in college and it really would have helped me out. I knew I wanted to be a developer but I didn’t really know how to go about applying, especially with the tests for programmers.”

Mr. Emerson capped off his experience sharing by advising the graduates about life after Tuitt and about their advantage over everyone else. “I advise you, especially to career-shifters, there are employers that look for persistence so even if you are a career-shifter, just don’t give up. The biggest edge you have as a Tuitt bootcamper is you can show off your projects and capstones which can beat out any college grad. You know that you can do it so go for it. Congratulations once again.”

Next it was finally time to go to one of the most anticipated parts of the ceremony – the Top Performer Awards! There to present the awards were instructor Mena and instructor Beraquit

As he accepted his award, he started off by thanking God for the strength, wisdom, and grit he had during the bootcamp. He then thanked the instructors and his classmates for always helping each other out. Lastly, he thanked Tuitt for all he had learned

She also thanked her classmates and instructors for all their help whenever she made mistakes but reminded everyone to not be afraid of failure. “Don’t be afraid to encounter mistakes because that’s where you learn.”

As he accepted his award, he was very proud of it because he really aimed to be the top performer. He wanted to bring out his competitiveness in Tuitt and he did just that. He then went on to give his classmates this piece of advice: “Don’t be afraid to aim high because even if we miss, we’d still be among the stars”.

Finally, it was time for the closing remarks from Mr. Alambra. He once again praised the graduates for all their hard work and grit because he knows that nothing worth having comes easy and he wishes that they continue to pursue the passion for learning once they’re out in the real world.

He then left the graduates with these final words: “When you graduate from Tuitt, you have the same – if not more – level of competitiveness than university graduates. You guys have the grit and determination to brave the waters. You guys have substance and character”

After thanking all the guest speakers and the graduates in attendance, Mr. Alambra congratulated the Batch 21 Day Class once again.

With that, the ceremony was finished and it was finally time to eat, drink, and be merry! 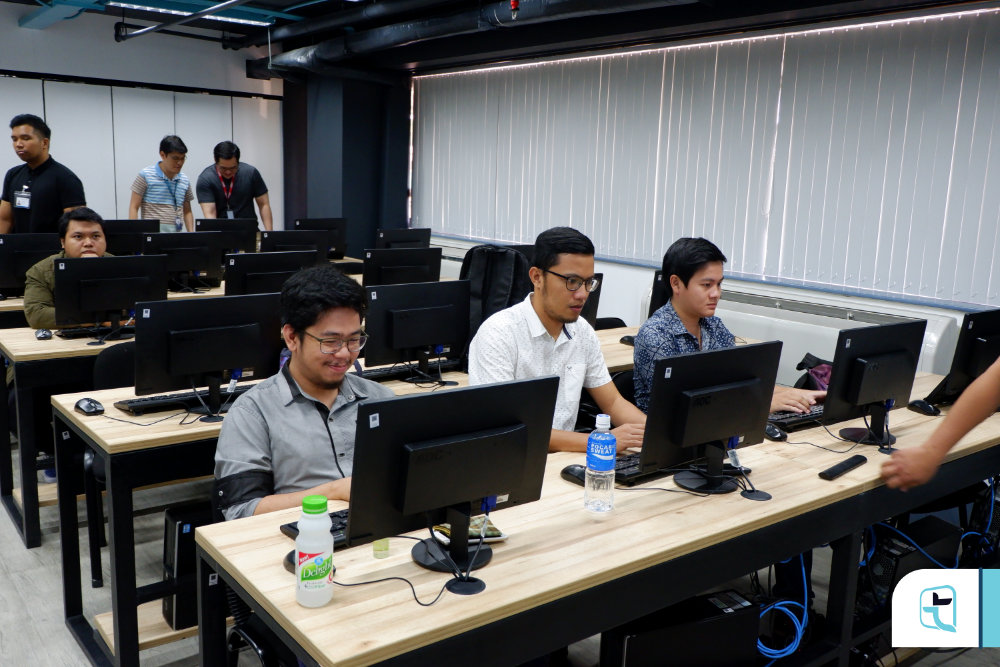 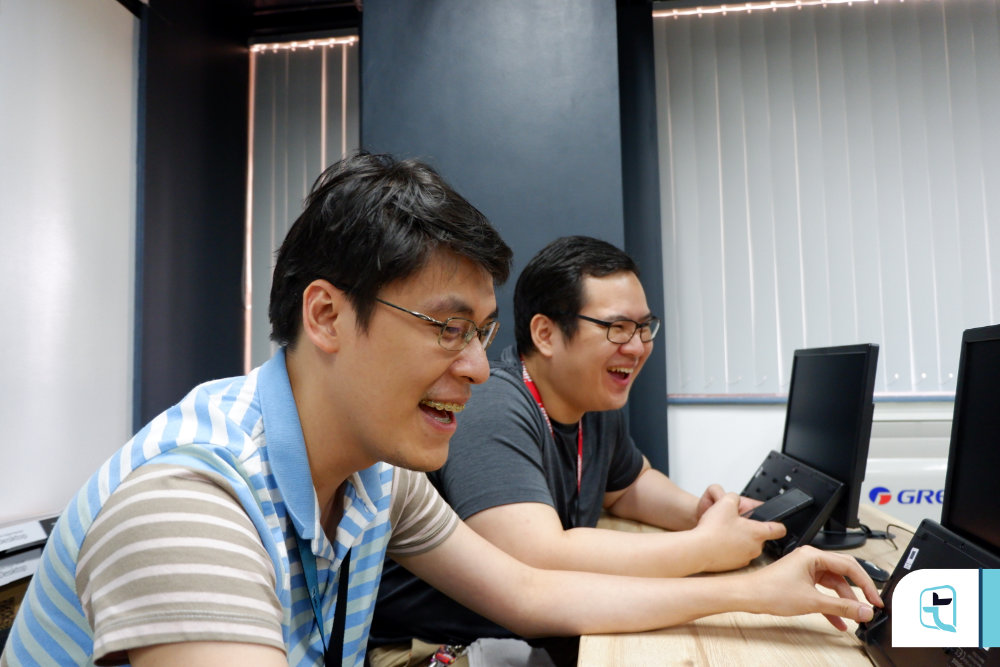 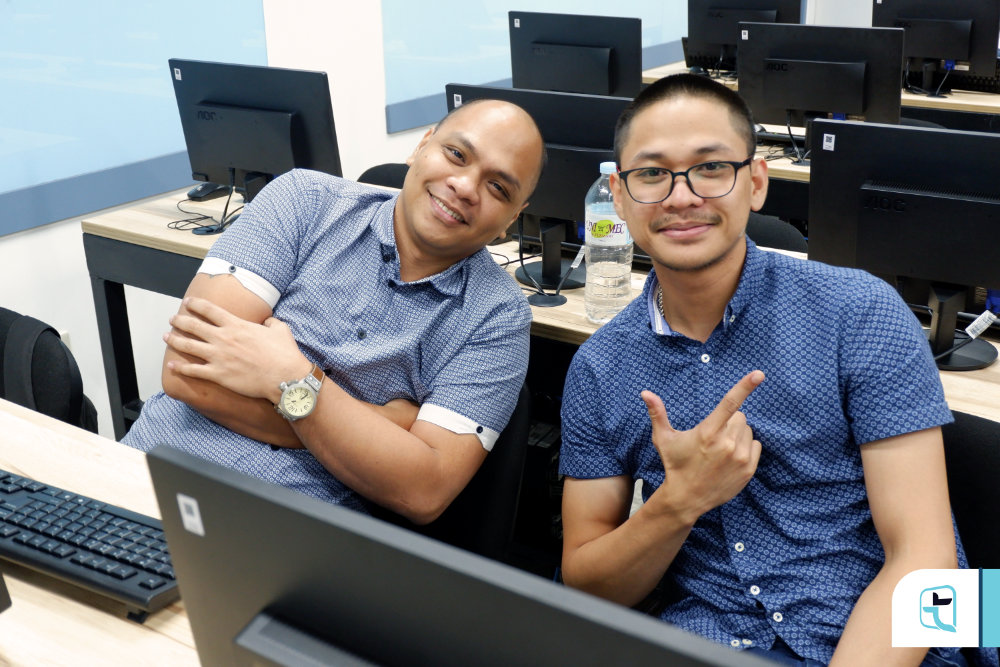 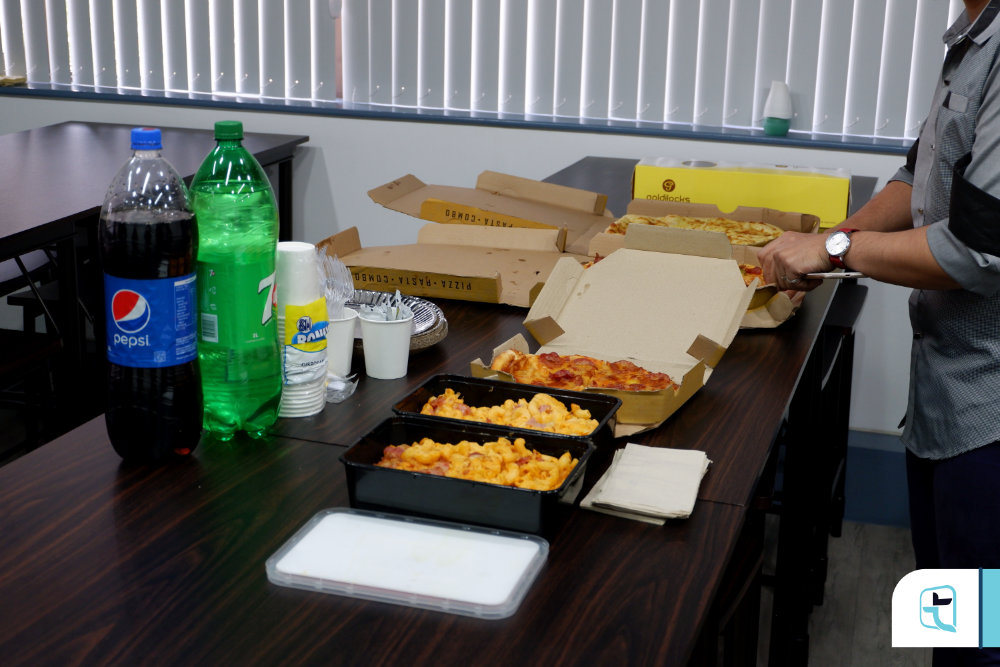 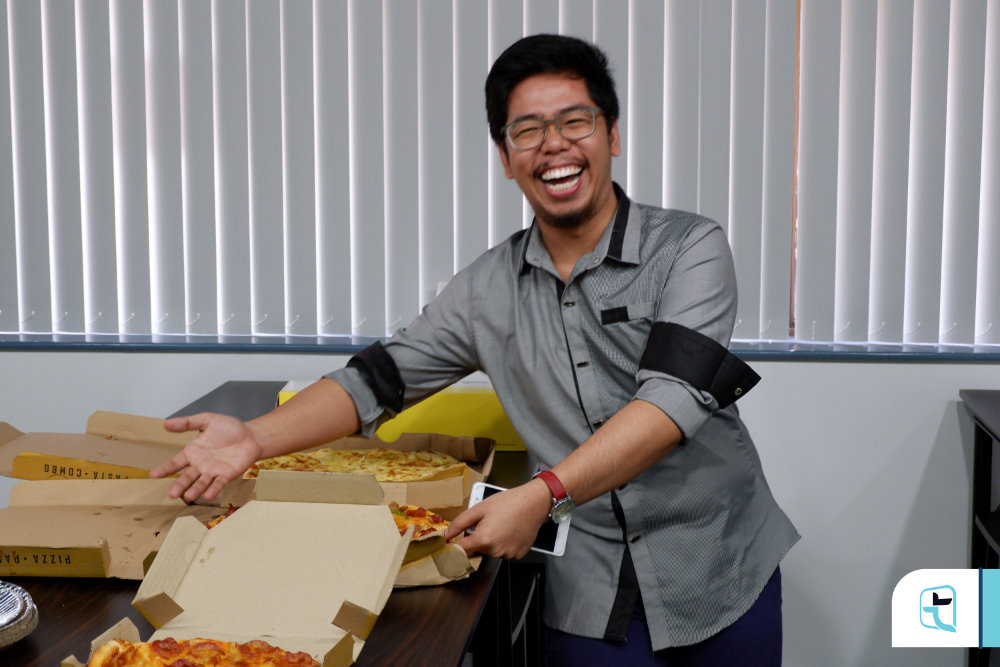 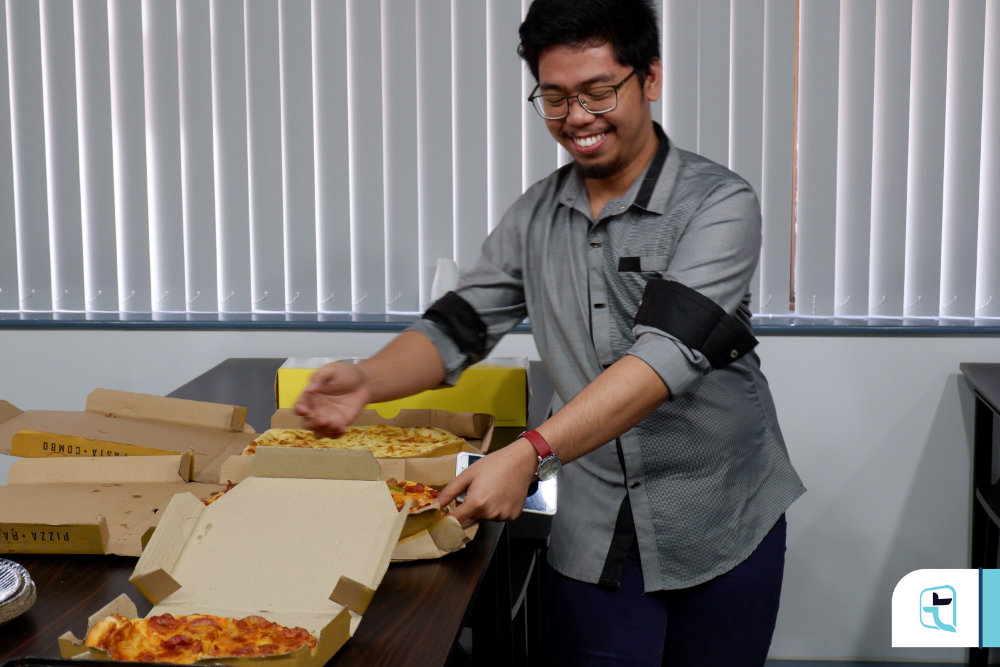 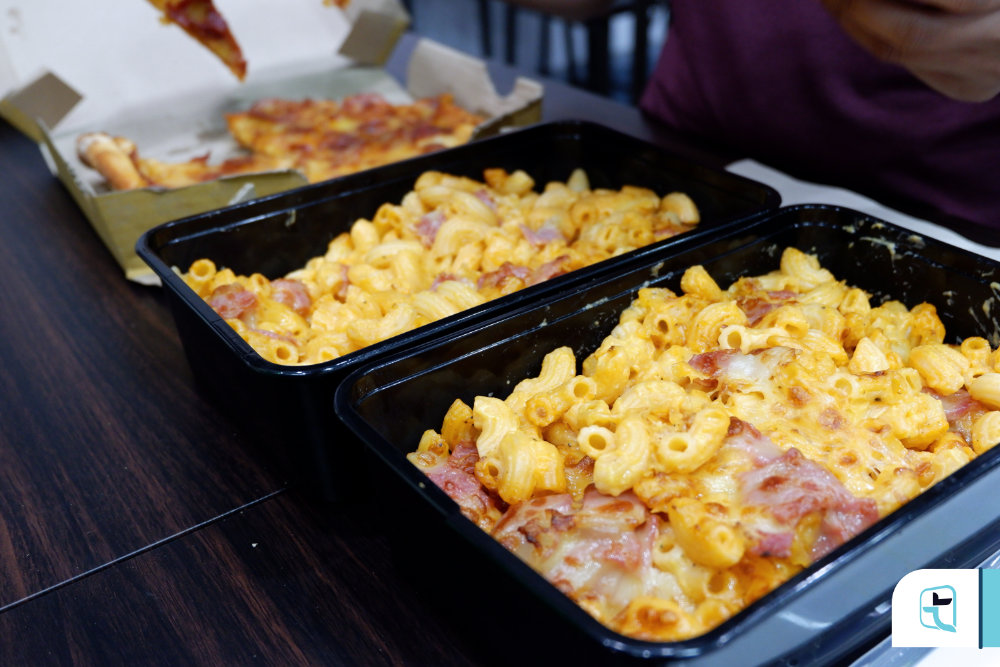 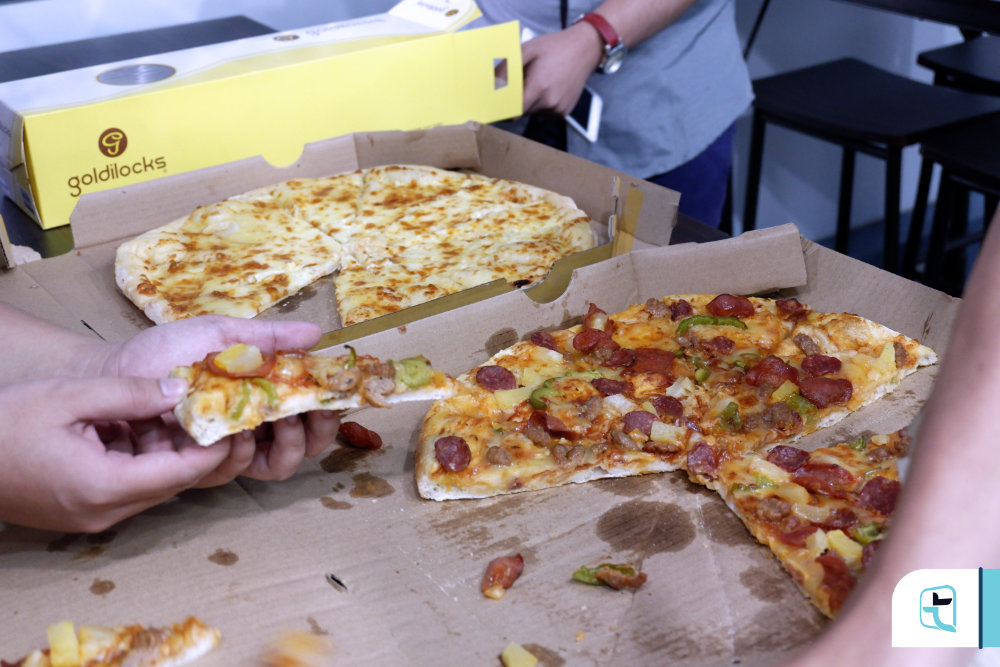 Congratulations once again to the graduates of the 21st Batch of Day Classes from Tuitt’s Makati branch! We wish you all the best in your IT careers!