March 9, 2019 was a special day as Tuitt’s inaugural Makati class officially finished their training! They are now the 19th Batch of Day Class students who are finally ready to enter the IT industry!

Their graduation ceremony was held at Enzo Building in Makati, where they celebrated the culmination of the 3 months they learned full stack web development with Tuitt.

Tuitt co-founder Allister Alambra welcomed the graduating class with a wide smile. He congratulated the class for graduating and achieving something incredible. “Please treat this as a special day. You all started this journey not knowing how to code and now that you’ve finished all the requirements, consider yourselves to have a competitive advantage above the rest.”

Although today was a day of celebration, Mr. Alambra made sure to remind the graduating class to never forget one another. “Consider the people you’re with as your network and stay in touch, and we’ll celebrate all these successes today, together.”

He started off by telling the class to congratulate themselves for passing the bootcamp because he knows what they all went through. “I didn’t know what to expect entering into the bootcamp. When I got in, it was a lot of hardships and sleepless nights and you’ll really feel a time where you’ll want to quit. But the difference between this bootcamp and online courses is that online courses have a lot of distractions. The bootcamp will continually push you through and through.”

Along with the triumph of overcoming hardships, Instructor Quimpo also applauded the batch’s closeness to one another. “More than the experiences we’ve learned, this class built a form of camaraderie. Hopefully we can keep the culture of looking out for each other after this bootcamp.”

Finally, Instructor Quimpo congratulated the class once again and told them that they’ll see each other in the IT field.

Then, it was finally time to award the students for their successful training! Certificates of Completion were given to the graduates by Tuitt Group CTO Allister Alambra and Instructor Charles Quimpo

The graduates of the Batch 19 Day Class are 25 in total.

After the certificates were all given out, it was time to hear from our special guest speaker from the IT Industry, Mr. Aaron M.

Mr. Aaron currently serves as the manager of the Service Development Department and the IT Infrastructure Department in Rarejob Philippines. He talked about successful individuals in the world’s history such as Walt Disney, Bill Gates, Steve Jobs, Mark Zuckerberg, and Sakichi Toyoda.

“The common thing between all these guys is that they all encountered a lot of failures in life, whether it be defeat, war, rejections, set-backs, losses, deaths, etc. But one other thing these people all have in common is that they are passionate and driven. Plus they all happen to be career shifters just like you guys.”

Mr. Aaron praised the graduating class for their bravery to shift careers. “Changing careers is not a joke. It’s a tough choice and I’m proud of you guys for switching careers.”

He also talked about how they have an advantage over the rest for being career shifters. “Since programming wasn’t your original path, you actually have the edge over other people because now you have other talents and experiences you can learn from to become even better developers”

Finally, he decided to give these final pointers to the class before they embark on their journey as developers:

Next up were the Student Voted awards, where the recipients of said awards were voted by their peers.

First up was Rey P. who took home both the Enthusiastic Learner Award and the Really Responsible Award

Next, Roy C. (who was unfortunately absent for this part of the ceremony) was another double winner as he went home with both the Awesome Attitude Award and the Kindness Counts Award.

For the Student Best Able To Teach Others Award, it was Mr. John B. that took home the honor.

Mr. Jayvee M. came away with the Confident Kid Award as he stepped up with a bright smile to accept his certificate.

And finally, last but not least, Mr. Benedict A. was also a double winner, as the recipient of both the Most Likely to Establish their Own Startup Award and Most Likely To Be Famous Someday Award.

After the Student Voted Awards were given out, we headed into one of the most exciting parts of the event: The Special Awards!

After Mr. Ben accepted his certificate, his classmates asked him to give them a speech and he gave this piece of advice to his peers: “For your future projects, learn to manage your time and just have fun while doing it.”

Finally, it was time for the closing remarks to be given by Mr. Alambra once again. He reminisced on how this inaugural batch in the Makati branch was actually the first class he ever taught in Tuitt, which is why he had a certain fondness for the class. He also deeply admired their camaraderie.

Before he ended his remarks, Mr. Alambra gave these words of advice for the graduating class:

After thanking all the guest speakers and the graduates in attendance, Mr. Alambra congratulated the Batch 19 Day Class once again.

With that, the ceremony ended and it was finally time to eat, drink, and be merry! 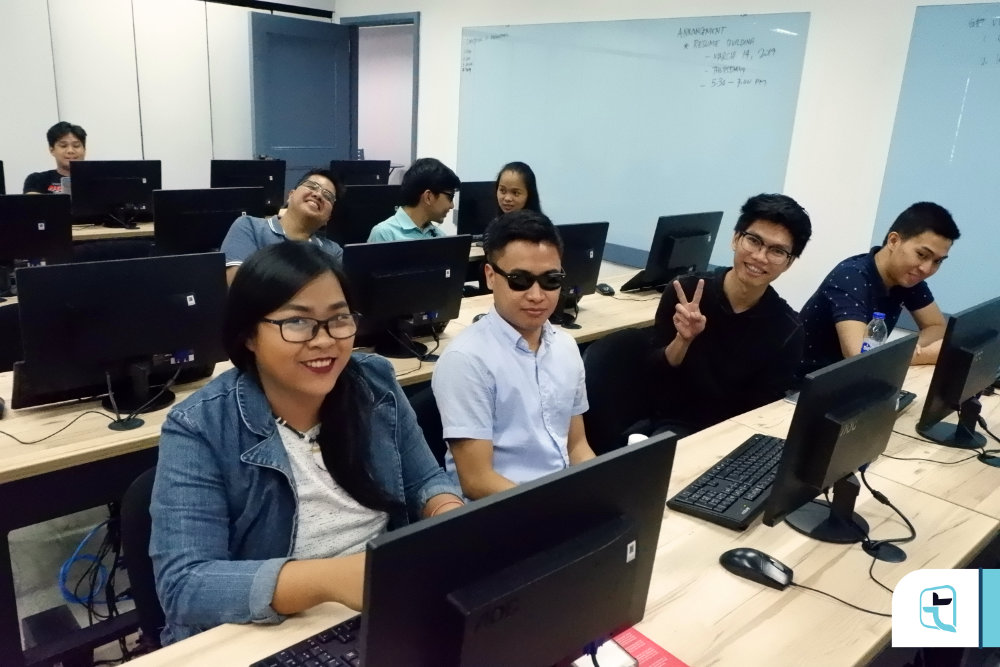 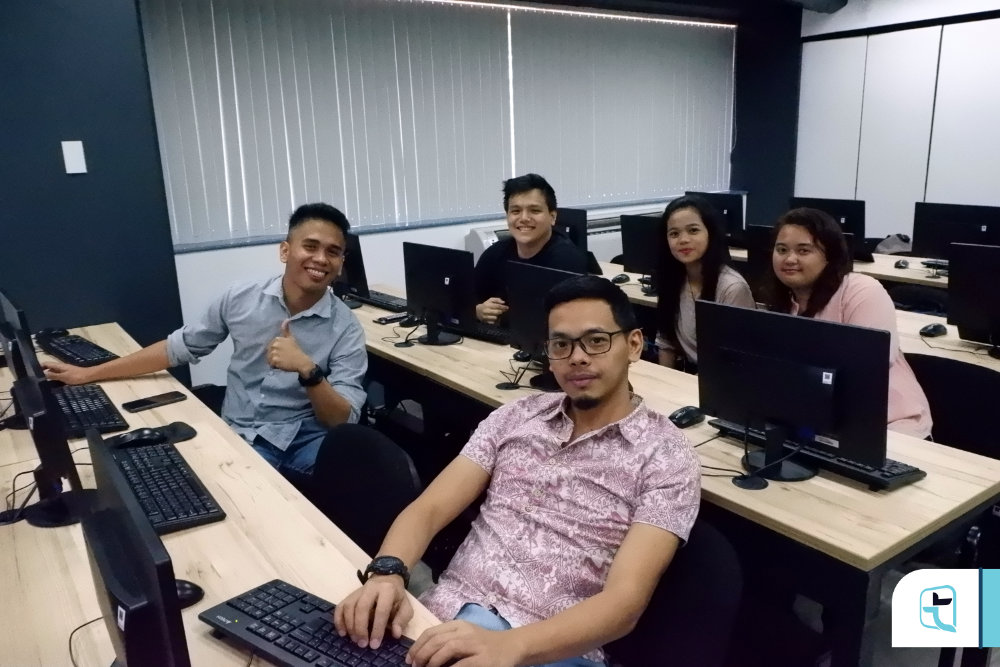 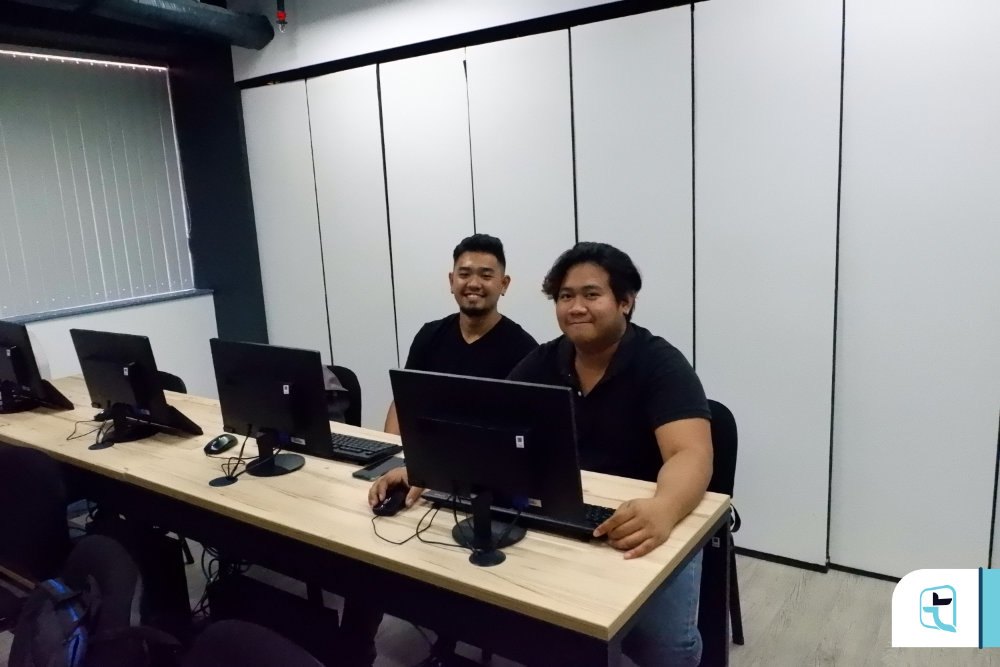 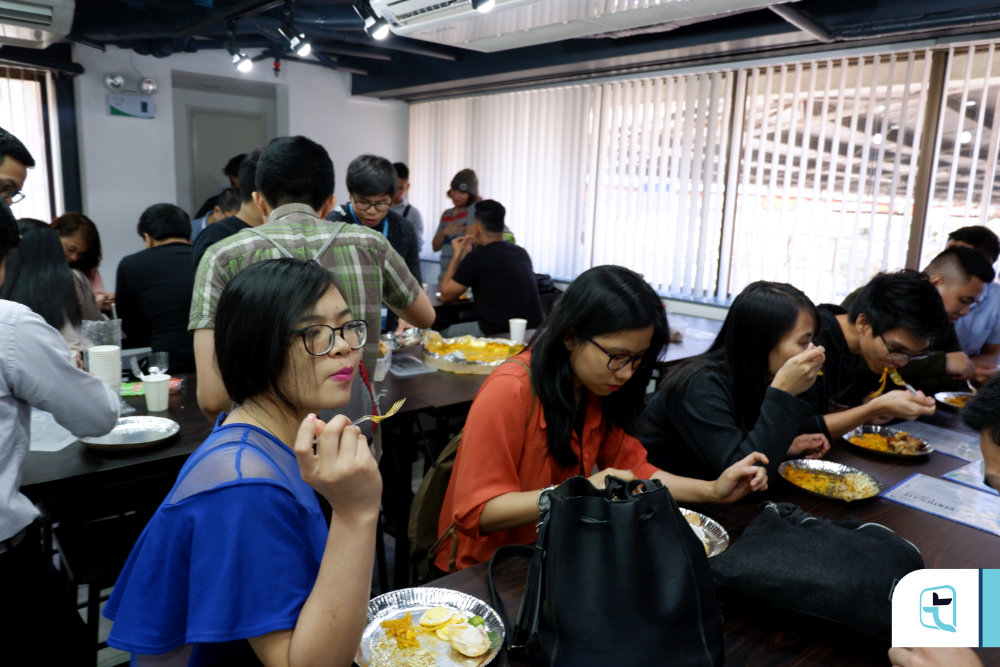 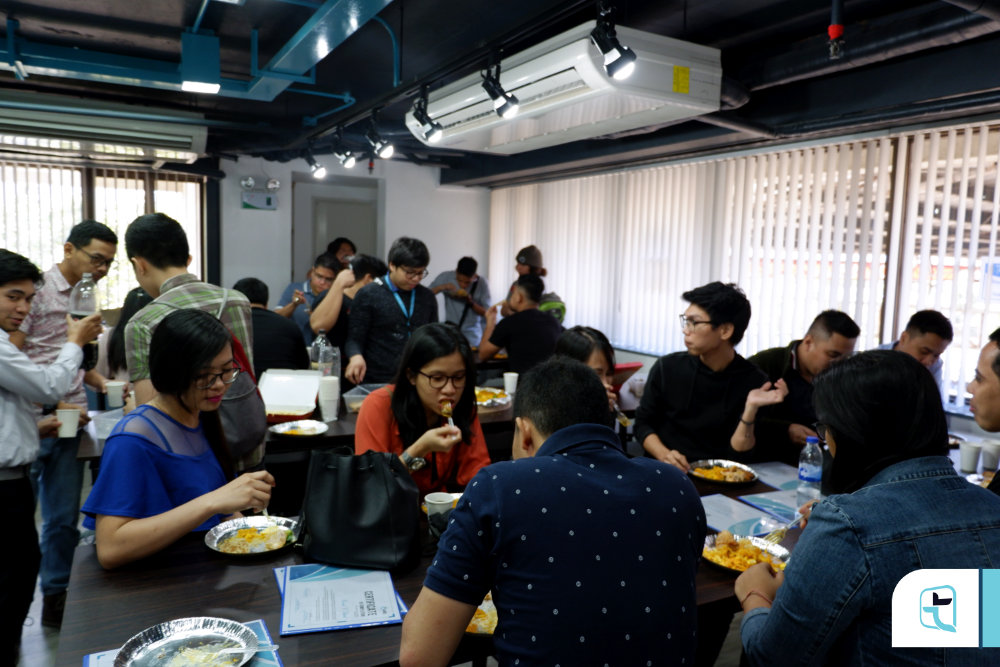 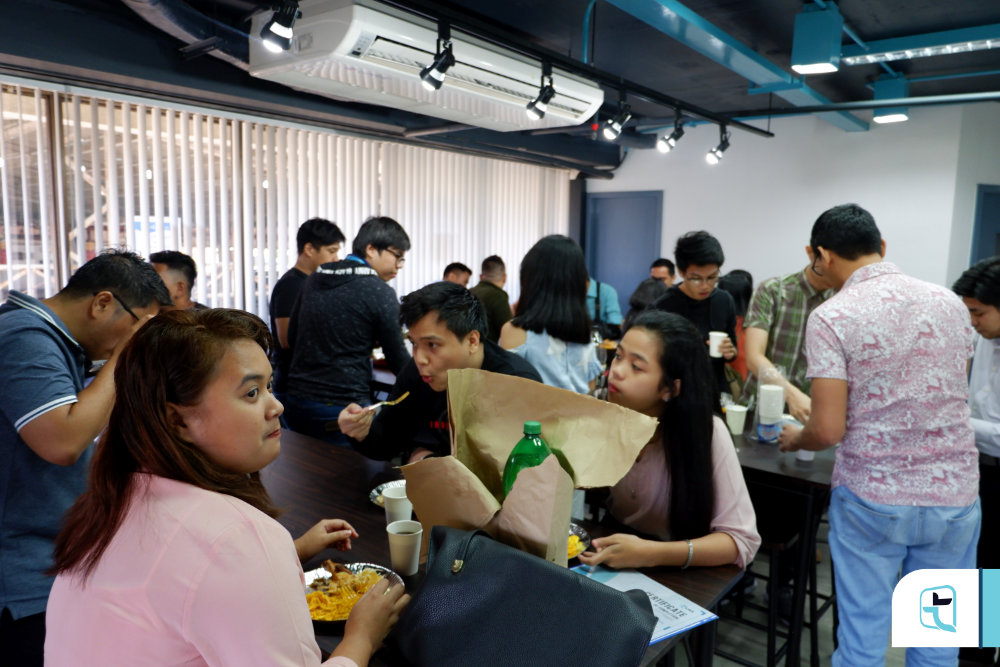 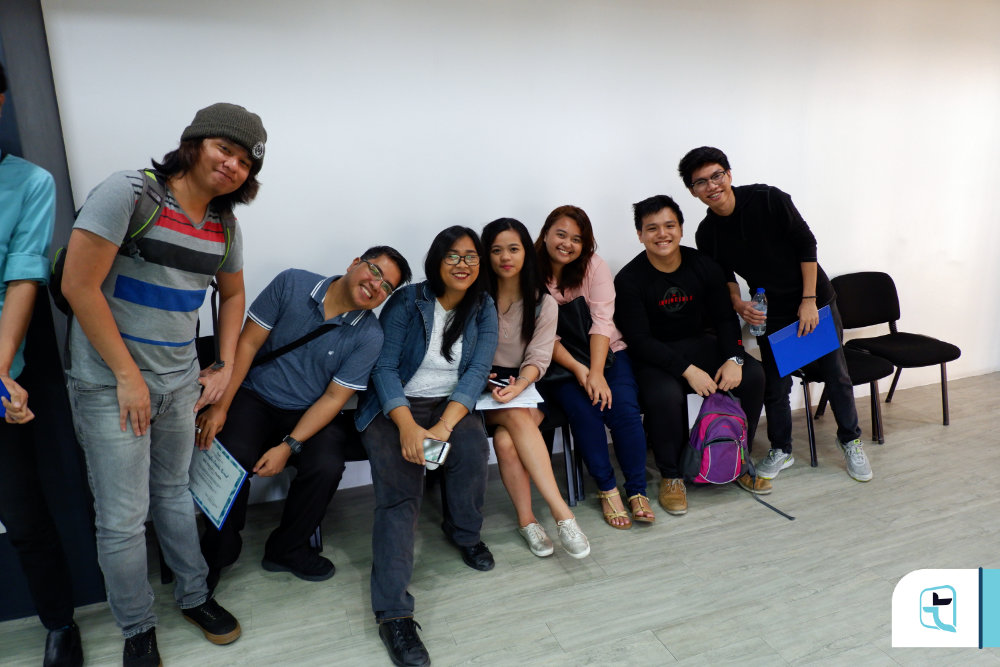 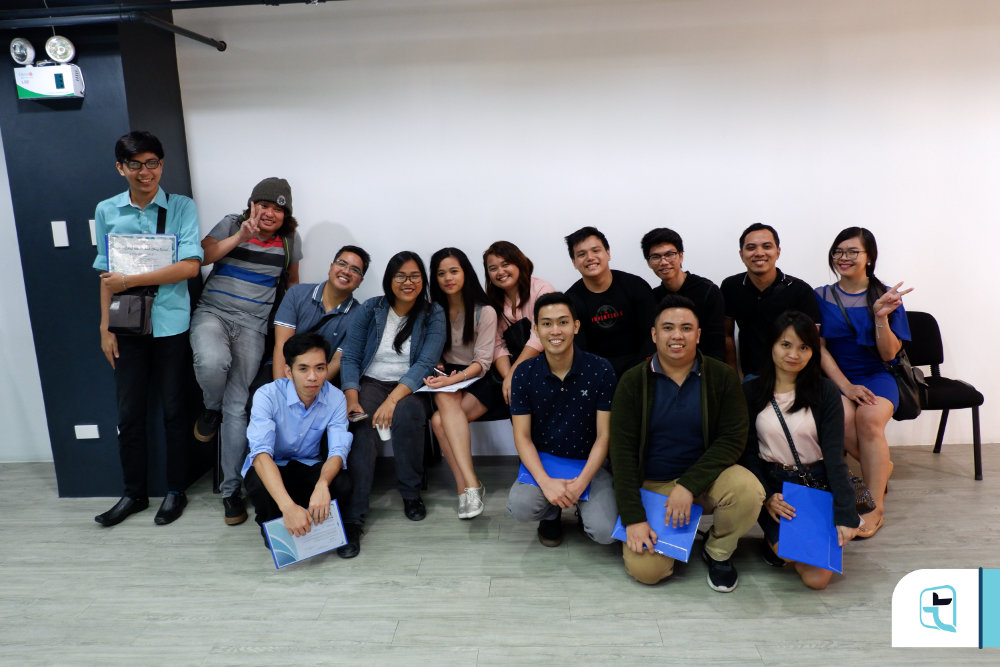 Congratulations once again to the graduates of the 19th Batch of Day Classes and the 1st ever graduating batch from Tuitt’s Makati branch! We wish you all the best in your IT careers!